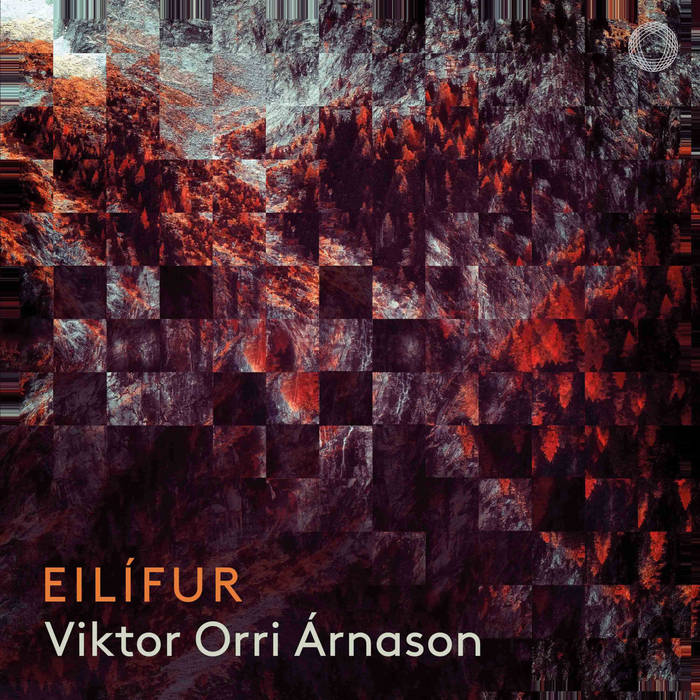 Eilífur (Eternal) is Icelandic contemporary composer Viktor Orri Árnason’s solo debut and first PENTATONE album, on which the prospect of living forever is contemplated. Sparked by the realisation that medical advances will soon eradicate death by natural causes, Eilífur weaves together a lucid, near-future narrative via a combination of abstract Icelandic lyrics and adept musical storytelling. The scope and scale of Eilífur is reflected in the extremes of its sound, which moves seamlessly from intimate strings and sombre voices to grand orchestral gestures and vast drones. Eilífur explores what life will be like in the absence of death’s ticking clock. Staying clear of the morbidity that such themes may imply, Eilífur is above all a celebration of life as we know it, and an ode to the things that make it worth living.

Viktor composed, produced and mixed the album at his Berlin studio over the course of two years. The studio was a hub of experimentation with a community of outstanding award-winning composers and musicians, including Jóhann Jóhannsson, Hildur Guðnadóttir, Dustin O'Halloran, Rutger Hoedemaekers, Gunnar Örn Tynes and Yair Elazar Glotman. Eilífur is a statement, a first glimpse of Viktor’s outstanding abilities as a composer, conductor, instrumentalist, producer and mixing engineer; an ambitious album which puts him in the spotlight after many years working behind the scenes.

All solo instruments played by Viktor Orri Árnason, except:
Solo double bass on Var and The Thread by Yair Elazar Glotman
Bass clarinet and saxophones on The Vision by Stefan Baumann.
Guitar on Anima Mundi by Benedikt Smári Skúlason.
Additional electronic vocals on Var, Er, Var - Er by Viktor Orri Árnason.
Recorded at VOA Studio in 2018 and 2019.

The 3 pieces Var, Er and Var - Er are derived from the original choir piece Var - Er - Var, written by Viktor Orri Árnason, commissioned by the Fóstbræður male choir (Karlakórinn Fóstbræður) for their centennial concert at the Harpa concert hall, 18th of November 2016.

Viktor Orri Árnason is an Icelandic composer, conductor and producer. His particular focus on colliding the worlds of classical composition and studio artistry – along with his unique approach to the viola and violin – has established him as an exceptional voice in today’s musical landscape, and made him a sought-after collaborator for established musicians of many genres. ... more

Bandcamp Daily  your guide to the world of Bandcamp

outré black metal, with a Victory Over the Sun interview and music from Liturgy and Jute Gyte.